From Africa, from the Middle East, and from parts of Asia, they come in their thousands. By boat, by train, by car and on foot, with no invitation and nowhere to go they come week after week. A human tide of migrants and refugees pouring into Europe looking for salvation and a better life.

Some are genuine refugees from war and strife and others are merely economic migrants, taking this opportunity to merge in with the rest that are fleeing for their lives. By so doing they don't need passports or identity cards, just the clothes they're standing in. Their hope is that force of numbers will enable them to overcome all obstacles and enter where otherwise they would have been sent back lacking as they do any papers. 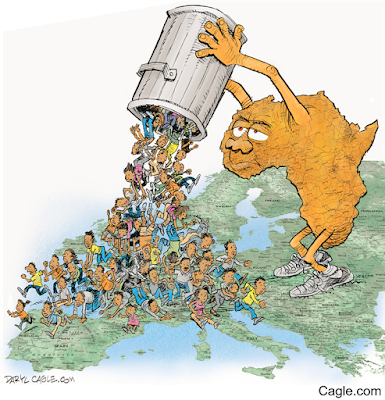 Hundreds and hundreds of them have already perished at sea attempting the crossing of the Mediterranean, others on land in the back of lorries, but they still come undaunted, convinced that thus may be their only chance before the doors close as more and more European countries take action to limit the incomers.

Many will indeed be taken in and many others corralled until a decision on their future can be taken, and many of these will be returned to their countries of origin. Many of those may well make further attempts to get back into Europe and some may succeed, it's hard to know. Their need makes them obstinate and bold and even foolhardy and they no longer fear the police or border guards.

I suppose the question to be asked is how many migrants and refugees can Europe take? Certain countries, such as France, Germany and Great Britain, already have large immigrant populations, sections of which have never really integrated, let alone been assimilated. The migrants are overwhelmingly black Africans, Arabs, and Asians, most of them Muslim, and the countries they're making for are overwhelmingly white and Christian and with very different cultures, all potential points of conflict. But the migrants have little care for this and they keep coming, and the more that are taken in the more are encouraged to try their luck.

When the flow of wretched humanity will come to an end no-one knows and in the meantime Europe is at a loss as what to do. Send them back is easier said than done and may be condemned on ethical grounds, but to let them all in, hundreds of thousands, may well destabilise Europe and create social unrest and upheaval, a terrifying prospect. That is the last thing that is wanted. But when people feel threatened by large numbers of incoming foreigners, so different in their looks, speech and faith, they become less tolerant and more resentful and often there is a violent backlash from them. That is a normal reaction.

I may come back to this in the ensuing days as this human tragedy unfolds, as it is unlikely to end anytime soon and there may be worse to come. 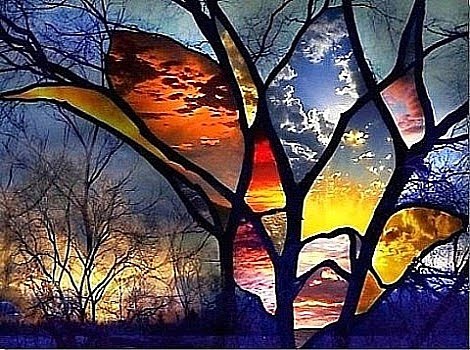 As the nights grow longer and the days grow shorter, the cold begins to tighten its grip. 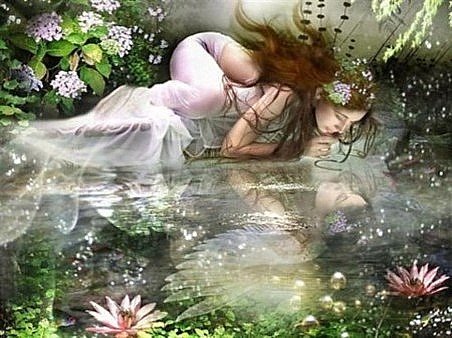 Ophelia, thou fairest of maidens, what beholdest thou in thy reflection? 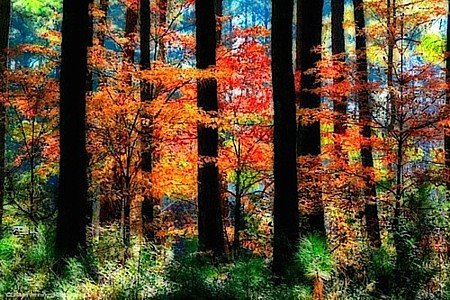 Trees in their multicoloured autumnal apparel, a kaleidescope of hues and shades. 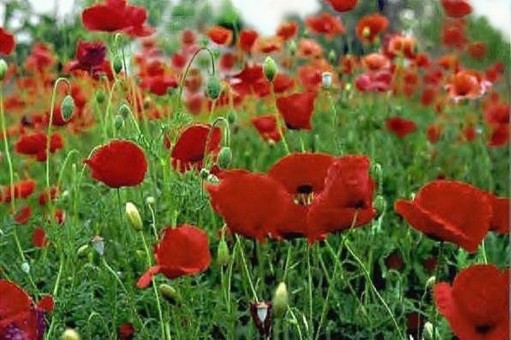 "When You Go Home, Tell Them Of Us and Say, For Their Tomorrow, We Gave Our Today" 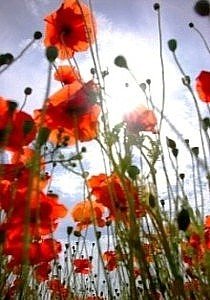 There is a field beneath a foreign sky where poppies grow from end to end, where young men's bones forever lie, who fought, the cause of freedom to defend. 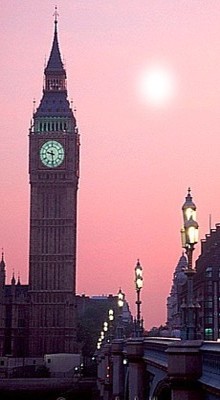 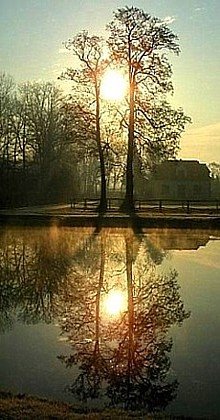 The rising sun shines through two tall and slender trees and casts their reflection on the surface of the lake.

Scraps for a Scrapbook

Since you're here, why not visit my other blog? Just click on the picture to take you there. Go on, live dangerously! 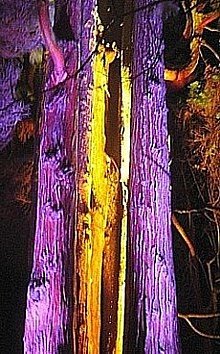 It's amazing what you can do with a bit of well-aimed multicoloured lighting and a few old tree-trunks!

Poppies in a Field 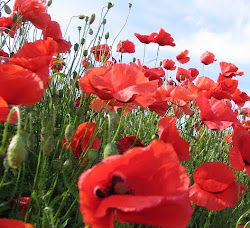 Now poppies grow where once young souls in battle were laid low. 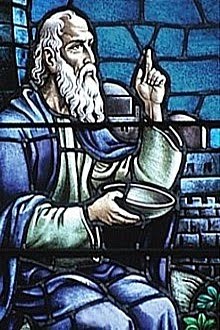 Socrates just before taking hemlock after being condemned to death on the charge of corrupting Athenian youth and disbelief in the ancestral gods. He could have avoided the death sentence, but when given a choice he opted to die - clever bugger! 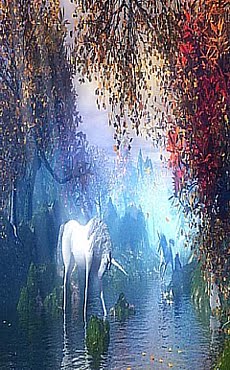 Pity they're just a myth! Or are they? 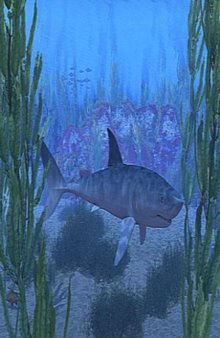 A shark stalking its prey in shallow coastal waters. Either that or it's just nosing around.